In 2020, The European Economic and Social Committee (EESC) launched a one-off contest as an alternative to the annual EESC Civil Society Prize, to recognise  “those who have gone above and beyond the call of duty during the Covid-19 pandemic.” In February 2021, out of a total of 250 applicants, our associate member AFAMMER was selected as one of the winners for its innovative project “AFAMMER Great Rural Solidarity Network”. 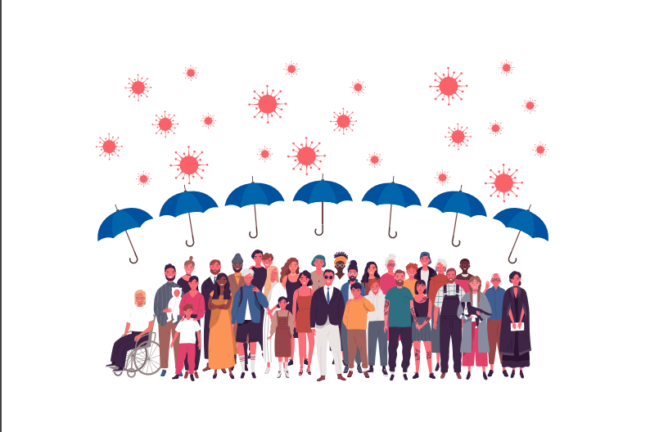 AFAMMER was founded in 1982 as a pioneering network organisation in Spain to give a voice to rural women and their families.

When Spain declared a national state of emergency due to Covid-19, the women of the AFAMMER network witnessed a growing social isolation of the elderly in remote rural areas and a lack of protective equipment for local healthcare staff. Hundreds of women came together to give their time and sewing skills, – often using linen from their own homes – successfully making more than half a million masks. The masks were donated to hospitals, care homes, taxi drivers, elderly people and anyone in need.  In addition, AFAMMER set up a neighbourhood telephone network with the aim of alleviating the loneliness and isolation suffered by many elderly people during periods of confinement, particularly in rural areas. They developed audio guides with advice, routines and exercises to help those suffering from anxiety and loneliness.

Speaking at the award ceremony, AFAMMER’s national president, Carmen Quintanilla Barba, said that she received the award “with great enthusiasm as a recognition for the essential role played by rural society, especially women, whose efforts have been unfairly ignored for decades.”

AFAMMER’s project is yet another example of the numerous acts of solidarity witnessed across Europe since the start of the pandemic, further confirming the role of civil society as essential for a grassroots approach to dealing with social and economic issues.