In March this year Esperas hosted a virtual event to coincide with International Women’s Day 2022. The Peace Lab titled Ambassadors of Hope brought together three remarkable women who have been peace-building in their communities. At a time when the news is filled with stories of war and violence, it is heartening to see women working for reconciliation and peace. 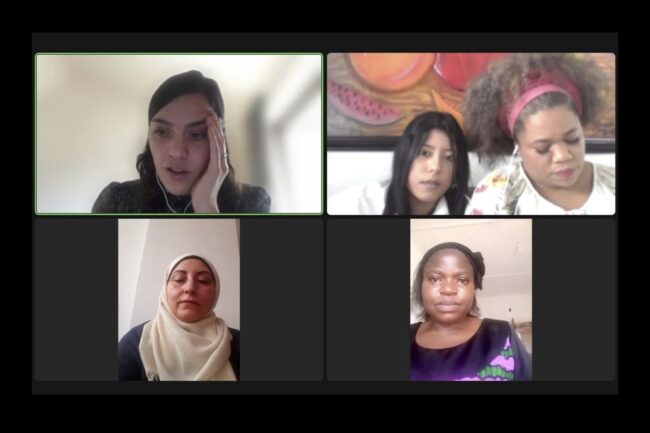 Their inspirational stories were chronicled in short one-minute videos conveying each contributor’s hopes and actions.

As an activist from and for the Afro-Colombian community, she chose to increase the pride of Afro-descendants and use the levers of democracy to protect the rights of minorities.

For years, and on a daily basis, civilians in Beni have been brutally slaughtered. Rose, a resident of the region, was fed up with impunity. With a group of 12 women, she collected more than €30,000 locally to travel all the way to the capital and demand an audience with the president. They travelled 7,000 km to remind the political leaders of their responsibilities.

Hoda is a Syrian leader who continues to fight for equal rights for women believing in a better future for her divided country. A political and civil activist who worked in the local council of Maarat al-Numan, Hoda invested in the empowerment of women to raise awareness of gender related issues. She was part of several political groups that believe in change and democratic transition in Syria and work on a solution for the war, based on the Geneva resolution. Today she is still working for an organization that works on a democratic transition for her country.

Watch the full recording of the event