UN Geneva, Human Rights Council - MMM highlights the issues that particularly constraint the economic empowerment of mothers, unpaid care work, the lack of a family-friendly economic environment, and calls for systemic change. (In its intervention during the panel celebrating the 25th anniversary of the adoption of the Beijing Platform for Action) 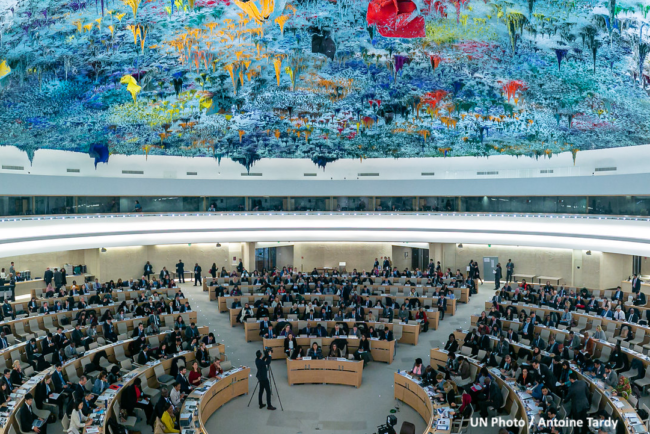 Make Mothers Matter would like to emphasize §29 of the Beijing Platform for Action which concerns women in their role as mothers.

25 years on, and despite progress in some areas, women continue to be denied full maternity protection and to suffer penalties and discriminations linked to motherhood. Further, the essential social and economic contributions of women to raise and educate the next generation of citizens and workers still remain largely unrecognized and unaccounted for. 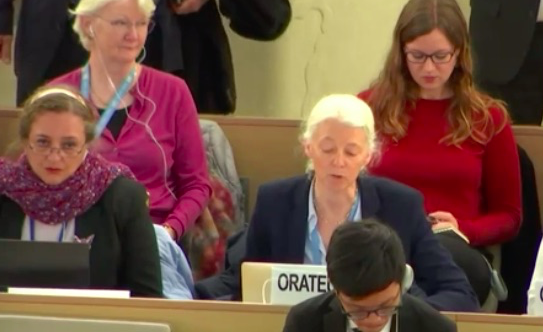 Valerie Bichelmeier, head of our UN delegation, delivering the statement on behalf of MMM

It is high time to make the vision of the landmark Beijing Platform for Action a reality, and to acknowledge and support the multiple roles of women as mothers, citizens and economic agents.

The benefits of policies that foster a more equitable distribution of both paid and unpaid care work between men and women, that promote a better balance between work and family life, and that support parents in their educational responsibilities, are essential to women’s rights, but also go well beyond Gender equality. They must be seen as an investment, with broader positive ripple effects on the whole of society.

This oral statement was delivered during the High-Level Panel on the 25th anniversary of Beijing Conference – Beijing+25 – which was held on 25 February during the 43rd session of the Human Rights Council in the Palais des Nations in Geneva.