MMM is proud to highlight its associate member, Awaj Foundation, whose Founder and Mentor, Nazma Akter has been promoting the rights of women working in the garment factories of Bangladesh. 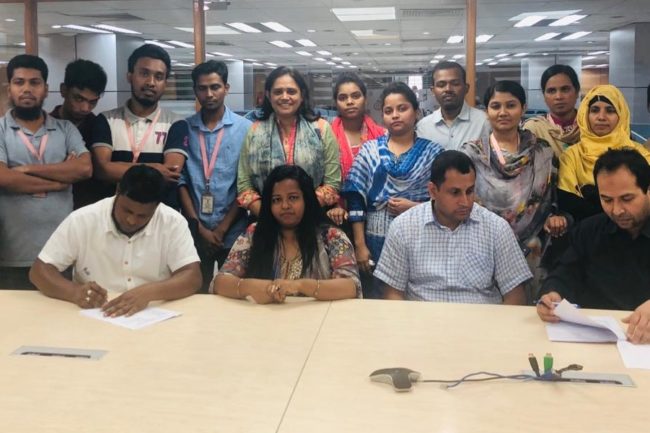 MMM already nominated Nazma for the Women of Distinction Award. Presented each year by the NGO CSW NY on the occasion of the UN Commission on the Status of Women, it is awarded to a woman in recognition of her leadership in the struggle for gender equality, human rights, and women’s empowerment.

Now, MMM is nominating her for the Ypres Peace Prize. Given by the city of Ypres (Belgium) every 3 years, it offers 25.000€ to the winner. Anyone can nominate an individual who participates in bringing about peace in the world. The city will select five nominees in May 2019 from which one will go on to be the winner in 2020. Past recipients have included Nobel laureate and education activist Malala Yousafzai; Noble Peace Prize winner Dr. Mukwege; and volunteer organization the White Helmets operating in parts of rebel-controlled Syria. Cross fingers Nazma will be amongst this year’s five final nominees. 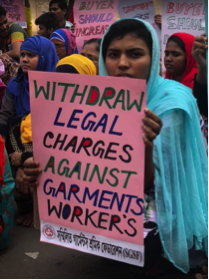 Nazma is one of Bangladesh’s foremost labour leaders. Her working life began in a clothing factory at the tender age of 11. Alongside her mother, she often put in more than 70 hours per week. She later joined a trade union to help the women working in the factory from being abused and unfairly treated.

Today she is founder and president of Sommilito Garment Sramik Federation, an affiliated union that has over 70,000 garment workers as members.

Due to her union work and the founding of Awaj, Nazma has been profiled and recognised extensively as a leading campaigner against poverty. A mother of two children, she lives with her husband in Dhaka. 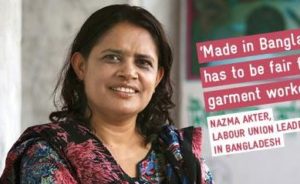 “MMM is a valuable platform for Awaj and its work in highlighting the need to reduce discrimination and inequalities that women face around the world and ensuring facilities for working women and their children.”