UN New York / CSW – In its written statement to the 66th session of the UN Commission on the Status of Women (CSW66), MMM brings focus on the specific impacts that climate change has on women as mothers, and the key role they can potentially play in mitigation and adaptation. 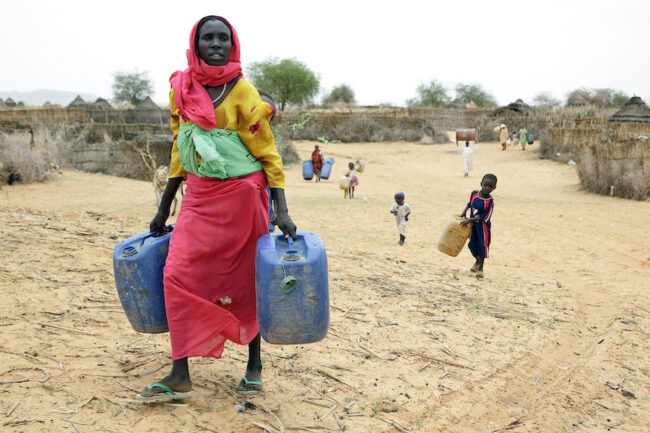 Climate change has become a global emergency, already impacting the lives of many and threatening the lives of even more people. Like most crises, it has a multiplier effect on existing crisis like health, poverty or hunger; and it exacerbates existing inequalities and vulnerabilities. Women around the world are among the most affected by climate change – especially when gender intersects with other factors like ethnicity, age, disability, migrant background or low socio-economic status.

1. Mothers are on the frontline and experience particular challenges as they face climate change

2. Mothers are also often the most concerned about climate change – which threatens their children’s future – and this triggers action

Research conducted in the US shows that 83% of mothers across the political spectrum are concerned about climate change – compared with less than 60%t of the general population.

This shows that well informed / educated mothers are also likely to be the most motivated to implement changes in their personal and family lives for:

Mothers also have the capacity to mobilize other mothers, organize and find new creative ways to take action at community level – e.g. solidarity actions. Mothers have the ability to motivate other mothers to demand action from their governments. That is what an organisation like Mothers Out Front is doing.

It is also no coincidence that the few countries leading systemic change towards wellbeing economies, i.e. economic systems that serve the wellbeing of people and the planet, are mostly led by women.

3. Empowering mothers to mitigate and adapt to climate change

Human action has been changing the Earth’s climate in unprecedented and destructive ways. Only human action at every level can possibly limit climate change and its effect.

While mothers are among the most affected by climate change, they are also well positioned to take action to mitigate and adapt to the effects of climate change. They are a force to be reckoned with.

We are therefore calling on member states to:

The 66th Session of the UN Commission on the Status of Women will take place in March 2022 with the priority theme:  Achieving gender equality and the empowerment of all women and girls in the context of climate change, environmental and disaster risk reduction policies and programmes.