UN New York, CSocD58 - In the written statement that it submitted ahead of the next session of the UN Commission on Social Development, MMM draws attention to single mothers’ specific vulnerability to poverty and homelessness - and the impact on children. 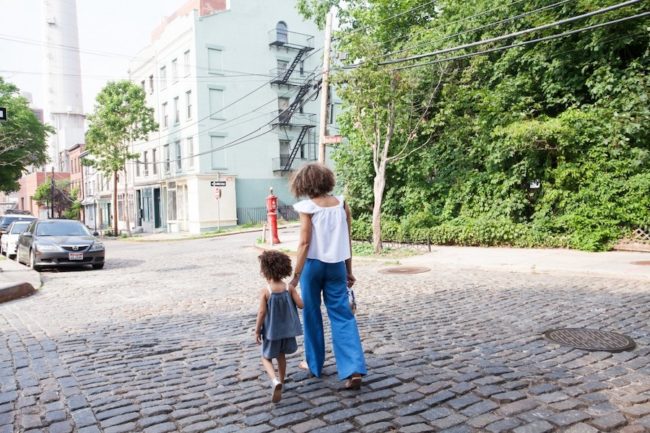 Homeless single mothers tend to be categorised as a developing country’s problem but the reality is that countless families with children, including single mothers, experience this harsh reality in many developed countries.

In the UK for example, according to estimates by Shelter Charities reported in a BBC article, one in every 55 single-parent families became homeless in 2017-18. In 92% of these 26,610 cases, the homeless parent was a single mother. The same source states that homelessness has increased by 169% since 2010, and that parents and their children were eight times more likely to become homeless than couples with children – with again the “vast majority” being single mothers.

Similarly, a 2018 report by the United States Interagency Council On Homelessness indicates that families in homeless situations represent one-third of the homeless population. Among these, 60% were headed by single women with children, representing 21% of the total homeless population – and nearly half were African Americans (49%). Of the 184,661 homeless people accounted for, 109’719 (i.e. 59%) were children.

Such shocking figures are simply not acceptable.

Article 25 of the Universal Declaration of Human Rights states “Everyone has the right to a standard of living adequate for the health and well-being of himself and of his family, including food, clothing, housing and medical care and necessary social services, and the right to security in the event of unemployment, sickness, disability, widowhood, old age or other lack of livelihood in circumstances beyond his control“. Not only is homelessness a clear Human Rights violation in itself, but it is also the result of other basic Human Rights violations, starting with the Right to security.

The increasing number of single-mother families

According to the 2019 UN Women flagship report, “Families in a changing world”, globally, lone-parent families represent 8% of all households, 84.3% of that being lone mother families.

The number of single-parent families is on the rise, especially in high-income countries, due to increased rates of divorce and separation. E.g. in North America and Europe, the percentage of divorced/separated women rose from 7.4% in 1980 to 13.1% in 2010. As a result, in a country like the US, 27 percent of children under 21 live in a single-parent family (and 80.4% of these are single-mother families).

Single-motherhood can have many causes: widowhood, divorce or separation from a partner or spouse, fleeing domestic violence, unintended pregnancies, as well as armed conflicts, natural disasters, displacement and migration, which can separate families. Although an increasing number of women do choose to have children on their own, especially in developed countries, they remain a minority. In the majority of cases, women do not become single mothers by choice.

According to the UN Women Report, globally, half of the lone-mothers reside in extended households in order to save on housing, and also to get support for childcare from other family members – a form of ‘hidden’ homelessness? The other half is on its own and is particularly vulnerable to poverty and homelessness.

Generally speaking, women’s specific vulnerability to poverty is well recognized, albeit not necessarily addressed. According to the 2013 Report that Magdalena Sepulveda, then UN Special Rapporteur on Poverty, presented at the UN General Assembly, “heavy and unequal care responsibilities are a major barrier to gender equality and to women’s equal enjoyment of human rights, and, in many cases, condemn women to poverty”.

Not only do women generally earn less than men (both because of the Gender Pay Gap and occupational segregation), but their inequitable share of unpaid domestic and family care work constraints their time and ability to perform paid work, thus further limiting their income. Caring, feeding, educating children does require time, especially during the critical period of Early Childhood.

This issue is exacerbated in environments with limited public infrastructure and services, and even more so in the case of single-parent families where the lone parent must take sole responsibility for unpaid domestic and care work.

As a result, single mothers are among the most at risk of falling into poverty. In France for example, 35% of the more than 1.5 million single mothers live below the poverty line.

Limited income makes it difficult, sometimes impossible to find adequate housing, especially in contexts where affordable housing is increasingly scarce, which is the case in many cities. And all too often, the housing or child allowances that single mothers sometimes receive are not considered as “income” when they apply to rent a flat.

Even when they have enough personal income to pay for rent, single mothers face discrimination in accessing housing, as landlords often perceive them as risky tenants. The same applies to banks when single mothers seek access to credit to buy property.

Impact on children and long-term costs for society

The impact of homelessness on children cannot be overstated. Homeless children are at a greater risk of physical and mental health problems, developmental delays, poor academic achievement, dropping out, abuse, neglect, behavioral issues, socio-emotional problems, etc. – with potentially huge costs for society in the longer term.

Getting out of the street or shelters isn’t the end of the nightmare. Experiencing homelessness leaves permanent scars on both mothers and children, and often leads to a pattern of violence and struggles. Many homeless adults have experienced homelessness as a child.

Addressing the shortage of housing options for poor families is the first and obvious answer.

But preventing single-mothers’ homelessness is also about addressing the barriers to women’s economic empowerment – beginning with the issue of the inequitable distribution of unpaid care work and the challenges of combining paid and unpaid work – issues which are particularly acute for single mothers.

Important measures for single mothers are:

Single mothers’ specific vulnerability to poverty and homelessness needs an inclusive approach, both acknowledging the difficulties of their situation AND the importance of their caring work and educational responsibilities. This essential work fully justifies generous child allowances – and if needed housing allowances – and targeted public services. Single mothers need support, not stigmatization.

This Statement was submitted ahead of the 58th Session of the UN Commission on Social Development (CSocD58), which will take place in February 2020 at the UN Headquarters in New York. Its priority theme is Affordable housing and social protection systems for all to address homelessness.

MMM will also hold a side-event on Single Mothers’ vulnerability to homelessness and its impact on children, that will take place on 18 February 2020 at the UN Headquarters in New York. More information