UN Geneva, Human Rights Council - During the dialogue with the Special Rapporteur on the right to water, MMM drew attention to the impact of the global water crisis on women's rights and unpaid care workload, and called for women to not only be seen as victims but also, as part of the solution. 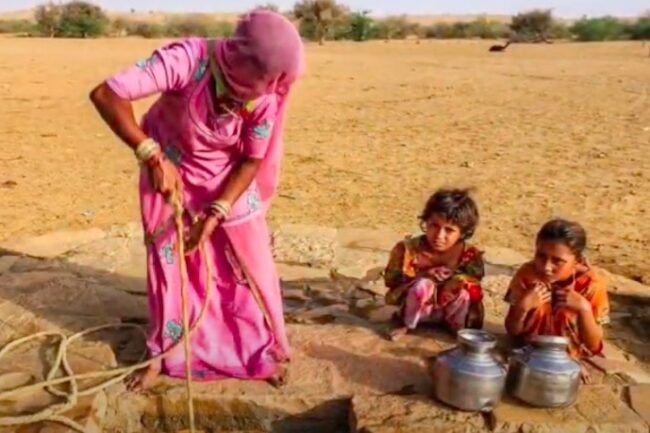 The unsustainability of aquatic ecosystems as well as poverty, inequality and discrimination arising from the prevailing socio-economic order are at the root of what must be called a global crisis of water.  The commodification and financialization of water, climate change, and, recently, the COVID-19 pandemic have only deepened this crisis.

In our oral statement during the discussion that followed the presentation of the special rapporteur’s report, MMM stressed that the lack of accessible and affordable safe drinking water and sanitation has a disproportionate effect on women. In particular it directly affects their rights to health, but also their right to education, paid work and participation in public life – which in turn impacts their families.

The unpaid and arduous work of fetching water, which is mostly done by women and children, all too often makes up for the lack of public water infrastructure and services, and thus subsidizes provisioning by the State. It also exacerbates the inequitable distribution of domestic work and care responsibilities, which is a root cause of economic and social injustice for women – in particular mothers.

It is high time that governments address this issue and seriously invest in public infrastructure and services, with the explicit double objective of addressing women’s time poverty and supporting the essential yet unpaid and mostly invisible work of caring. And it begins with the provision of safe water and sanitation.

Still, women must not be seen as ‘victims’ or ‘beneficiaries’, or even as a ‘vulnerable group’. Women and girls represent more than half of the world’s population. They know what they need. They must be part of the solution and involved at all levels of decision-making – especially on issues that directly affect their daily lives.

The interactive dialogue with the special rapporteur on water and sanitation took place during the 48th session of the Human Rights Council.