Advocacy by Make Mothers Matter at the UN: What impact for mothers?

Three principal areas are at the heart of the UN’s activities:  peace and security, human rights and sustainable development – three areas which directly concern mothers.

The UN doesn’t legislate. However, UN texts which are adopted, form the basis of member states’ policies and are more and more adopted in national and international law. The UN encourages exchanges between states and other stakeholders, including NGOs like MMM, to discuss global issues and to find solutions based on the universal respect for human rights. 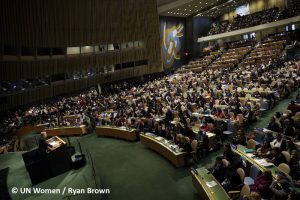 Through its advocacy, MMM works to influence the contents of texts adopted by member states by making them aware of the challenges faced by mothers, and by making suggestions and recommendations for policies favourable to mothers.

The aim is thus to influence policies which could eventually be put in place by governments at the national level, and thus bring positive changes to the lives of mothers and their children.

MMM takes part in the following commissions, which are more particularly relevant to mothers:

By its statements and interventions, Make Mothers Matter brings the “mother” dimension to the discussions, heightens awareness of the challenges mothers face and to the enormous potential which they represent. MMM relies on good practices seen in various countries or already put in place by its member associations in the field. 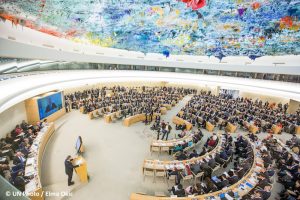 The UN develops international law and identifies the legal responsibility of states in their relationships one to another, but also in the treatment of individuals in their country, based on respect for human rights.

Some international treaties adopted by the UN General Assembly, and open to ratification by states members, more specifically relate to women and MMM’s mission:

When a country becomes a party to a treaty, it undertakes to apply the rights and obligations of the treaty to its own national legislation. It must then periodically submit a progress report to a committee of experts which invites it to discuss it with them, and which can issue recommendations.

NGOs like MMM are also listened to by these experts. They can therefore play a role in recommendations made to countries during these sessions. 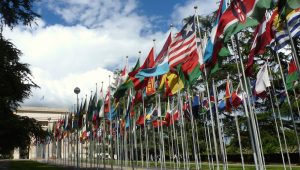 In Geneva, the UN’s Universal Periodic Review (UPR) also regularly looks into the situation of each member state where human rights are concerned, in a process based on cooperation between states. Each state has the right to put forward proposals for improvements in human rights with regard to other countries. These “recommendations” can be largely influenced by NGOs.

By working in close collaboration with its network’s member associations who have practical experience in the field,  MMM has the opportunity to influence any country’s national policies.

Recent News from the UN Delegation 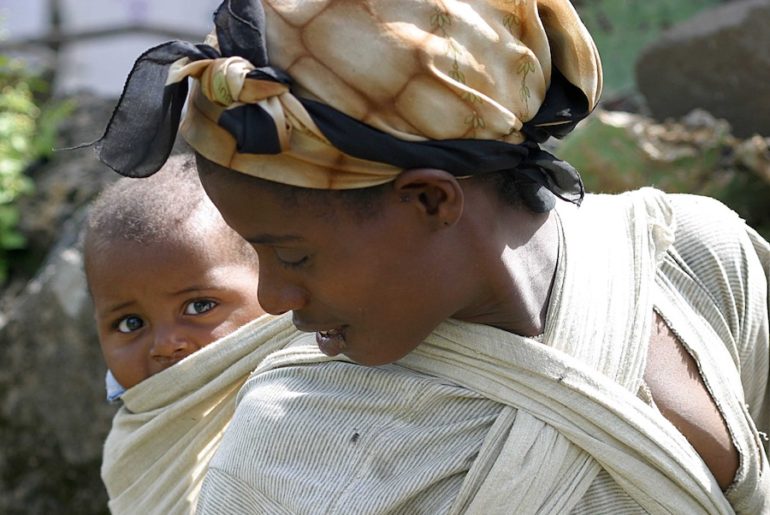 Parents key to mitigating risks of environmental harm to children

UN Geneva, Human Rights Council - At the Annual Discussion on the Rights of the Child, MMM took the floor to highlight the key role of parents, especially mothers as the primary caregivers, in realizing the rig

UN New York - On the occasion of CSW64, the NGO Committee on the Status of Women New York sought nominations for its Women of Distinction Awards. Ms. Passy MUBALAMA, Founder and Executive Director of AIDPROFEN 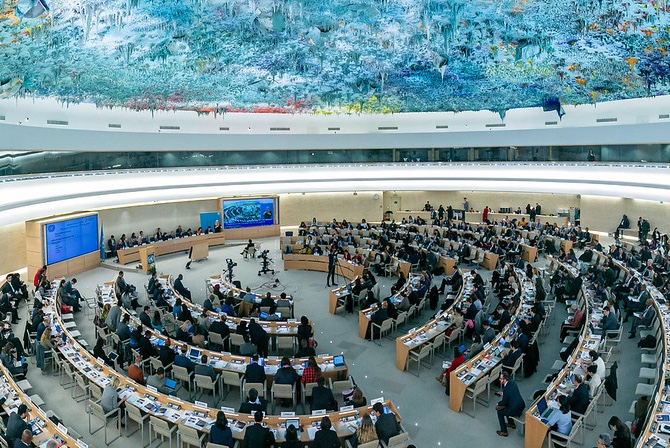 UN Geneva, Human Rights Council - MMM contributed to the discussion on the right to adequate housing by highlighting the economic hardships of single mothers, the difficulties and discriminations they face in a

UN New York - Report on the side-event that MMM organized on the margins of the 58th session of the Commission on Social Development on 18 February 2020 at the UN headquarters in New York.