UN Geneva - On the occasion of a consultation on Racism and the Right to Health, MMM denounces the systemic racism against mothers in childbirth, prevalent in developed countries, with two key indicators: women's mortality in childbirth and obstetric violence. 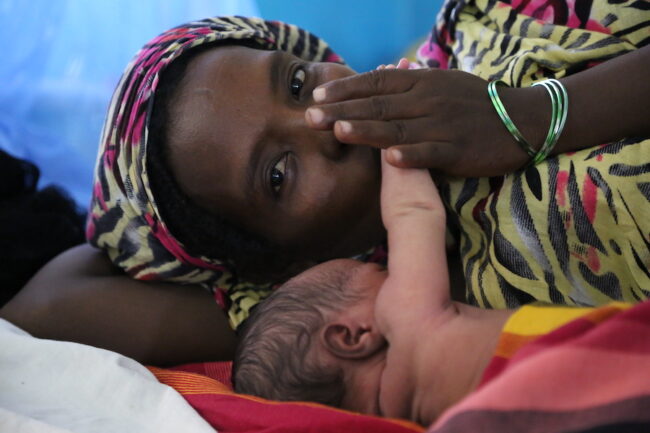 Tlaleng Mofokeng, UN Special Rapporteur on the Right of Everyone to the Enjoyment of the Highest Attainable Standard of Physical and Mental Health, launched a consultation in May 2022 on ‘Racism and the Right to Health’. The results will inform a report that she will present in October at the UN General Assembly. This article summarises the outline of our response, which focuses on the issue of racism in the context of maternal health and childbirth.

According to the World Health Organisation (WHO), sub-Saharan Africa and South Asia account for around 80% of maternal and child deaths worldwide, reflecting inequalities in access to health services and highlighting the gap between rich and developing countries. For example, in developed countries, the maternal mortality rate at birth is on average much lower (1 in 6500 women compared to 1 in 37 women in sub-Saharan Africa).

However, in a number of developed countries (France, Belgium, Canada, USA, etc.), these numbers hide significant disparities. In particular, women from immigrant minorities or from indigenous populations have a higher mortality rate. In the USA, for example, the maternal mortality rate of mothers of African-American origin is three times higher than that of white mothers. In New York City, those figures are even higher at 8 times more. In France, a study conducted between 2013 and 2015 shows that a mother born in sub-Saharan Africa and now living in France is three times more likely to die as a result of pregnancy or childbirth than a woman born in France.

Beyond mortality in childbirth, the phenomena referred to as obstetric violence also reveals a form of racism.

Awareness of obstetric violence is relatively recent (2013 in Belgium for Europe, Venezuela being the initiator of this awareness since 2000), and its recognition by the UN is even more recent, with the 2019 declaration at the General Assembly.

Indigenous communities and women with an immigrant background are more at risk of suffering obstetric violence. For example, a study in Canada showed that obstetric violence was more prevalent for women of African descent: these women had no access to alternative delivery methods, were isolated and ignored by medical staff, not properly informed of their rights and medical procedures; they also had their attendant or spouse treated disrespectfully by medical staff, and endured racist language based on ethnic group stereotypes.

Globally, the populations affected by this discrimination around childbirth are mothers from immigrant backgrounds, whether recent or not, mothers from indigenous ethnic minorities, refugees or, more generally, mothers from modest socio-economic backgrounds with low levels of education.

Why are these mothers more at risk?

These women often have a poor command of the local language, making communication with healthcare staff difficult. Their health conditions may have deteriorated long before the start of their pregnancy as a result of poor nutrition or poor medical monitoring of other illnesses (hypertension, diabetes, cardiovascular diseases, obesity, etc.). They also often lack information about their rights and medical procedures.

But above all, health systems are clearly to blame. In neighboorhoods where these communities live, the quality of the infrastructure is degraded, with equipment that is often obsolete, a non-existent neonatal emergency service, etc. This situation may be linked to limited budgets for public health care, or even a deliberate choice of investment by the city, and, of course, the financial impossibility of accessing private health care services (clinics, etc.).

Furthermore, access to health infrastructure can be a real problem, whether because of the absence of means of transport, or the distance to the healthcare structure. This is particularly true for indigenous populations living in remote areas.

Training of health care workers is also part of the problem due to the lack of training in their curricula on racial stereotypes. Thus, these stereotypes persist, resulting in many inappropriate words and distorted decisions about medical procedures. Communication difficulties also result in a lower level of listening and less respect for the mother.

Health care personnel should be trained in cultural diversity in childbirth practices of each ethnic group, in order to understand the mother’s requests or her refusal of a particular medical procedure.

This observation should not be generalised, as many health care providers throughout the world provide remarkable support to mothers during childbirth.

MMM believes this effort must be monitored closely and continued in the years to come to ensure all mothers have the right to a dignified and safe delivery.